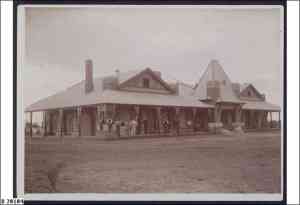 Mystery death: Dusker, Frederick Alfred who died in the Renmark Hospital Dec 31 1927 whilst employed as a labourer at Lock 6.
I wonder what caused his death? He was only 24.
His grieving mother and sister put memorium notices in the papers for several years. I have searched Trove and can find nothing else about this young man.
Can You help?
Murray Pioneer 1928 Jan 6. DUSKER—On the 31st December, at Renmark Hospital, Frederick Alfred, in his 24th year. My darling son and brother. Inserted by his mother, Mrs Ada Mills and sister Lottie Sheehan.
The father, mother and sister of the late Frederick Dusker, desire to thank the nursing staff of the Renmark Hospital, especially Sister Stevens and the little Sister on night duty attending him: also Dr. Tonkin, for their efforts to save him and their kindness generally; also Mr. T. Carter, Mrs. Sandford and family, and friends for kindness shown us, we being strangers here.